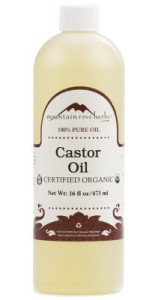 Castor oil is known as an effective hair and skin treatment, but it can also be used for a wide range of medicinal purposes. I first incorporated castor oil into my acupuncture practice when I was confronted with a young adult patient who was writhing in pain from kidney stones. I took a piece of flannel and folded it over several times, and then I saturated its center with enough oil to cover her belly from the diaphragm down to the top of her thighs. Directing the beam of the infrared lamp to her abdomen, I then proceeded with the acupuncture, choosing points to help her with pain while moving Qi and blood.

Determining that the castor oil pack treatment would be most effective in softening the kidney stone if allowed to sit in place for at least an hour, I left my patient to rest and lie there with the heat on her belly. It worked amazingly well. Her doctor surmised that the stone might have moved back up into her kidney, but an ultrasound later revealed that the stone was no longer there. I’ve since used this treatment several times for kidney stone pain, with the same results.

I will sometimes incorporate castor oil packs into treatment if the immune or lymphatic systems are compromised, or if the liver and gallbladder are deficient or distressed. Castor oil was known throughout much of the ancient world, including India, China, Egypt, and Greece, as a therapeutic poultice. Edgar Cayce, who recommended the packs for a number of ailments, popularized the treatment once again in the 20th century.

Castor oil appears to work by drawing blood circulation and enhanced biological energy to the area where it is applied, easing lodged toxins out of the body. Many practitioners use castor oil as an important adjunct to a comprehensive treatment plan for an individual. It is most important to eradicate the root cause of an illness, not only to clear the symptoms of a disorder. Castor oil can do just that—help to detoxify the body at deeper levels, thus eliminating the root causes.

Current research has shown that ricinioleic acid is effective in preventing the growth of numerous species of viruses, bacteria, yeasts, and molds. Used topically, castor oil has a high degree of success in clearing stubborn skin ailments such as ringworm and inflammations. Generally, for these conditions, the affected area is simply wrapped in cotton cloth soaked with castor oil for one to several nights in a row until the area heals.

Castor oil is an incredibly versatile and effective wellness treatment whose benefits have been appreciated across the globe for many centuries. It is just one of the complementary treatments I incorporate into my holistic care approach for acupuncture patients here at Rivertown Acupuncture. 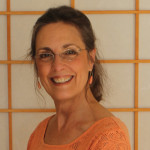